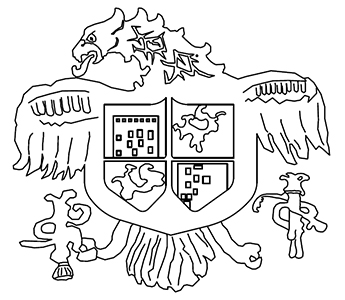 The municipality of San Bartolo Soyaltepec, located in the Mixteca Alta in Oaxaca, initiated the process of organizing its historical collections in 2013 with the support of the Alfredo Harp Helú Oaxaca Foundation and ADABI of Mexico AC. The municipality organized its holdings as follows: the municipal and the Catholic temple archives with a library. In the library, two plainsong books printed in the 16th century were located: Graduale Dominicale (1565) and Graduale Sanctorale (1579).

From 2013 and 2015, ADABI restored the two Graduales. In 2015, they were exhibited at the San Pablo Cultural Center in Oaxaca and returned to the community to be safeguarded by a local citizens committee to take care of the bibliographic and documentary collection. The old sacristy was set up as the headquarters for the archive and the library.

The historical archive of the temple contains information about the confraternities from the 18th to the 20th century, a small music collection and a small library. This last one has nine books on liturgical and sacramental topics, including the two “Graduales”, and also displays an exhibition describing the importance and evolution of these two significant musical publications. The exhibition was donated by the Juan de Córdova Research Library (BIJC), an institution that permanently advises the municipal archive.

The archive is available for consultation by appointment and approval of the municipal council. In addition to the uniqueness of its “Graduales”, the historical archive of San Bartolo Soyaltepec is one of the few examples where a small municipality has the capacity to organize and preserve its documentary and bibliographic heritage with its own resources and with the support of the BIJC.